Antonio Montalto and Armenia, a love story that last since 30 years

On Wednesday 23rd October, in Gyumri, a reception was held at the Villa Kars in honour of Antonio Montalto and his 30 years of devotion to Armenia.

The history of Antonio Montalto with Armenia begins with a tragic event: in December 1988, he arrived in Gyumri following the earthquake that devastated Shirak region. According to official estimates, this earthquake of 6.9 on the Richter scale caused the death of more of 25.000 people and left 50.000 homeless.

Thirty years later, Antonio is still in Armenia. Arrived with an Italian humanitarian program, he has been captivated by the humanity of the people and the beauty of the territory. He decides to stay and to transform humanitarian cooperation projects by focusing on cultural, economic and job creator actions. This commitment has become a real life project.

His vision and devotion have made him a major player in the development of the city of Gyumri, in particular.

He explains it himself: “The passion and the obstinacy that animates us are at the service of a universal cause, the economic and the cultural revival of a former artistic affected capital. I do it not only for Armenia, but also for the world, because Armenia is important for the world.” (Antonio Montalto). 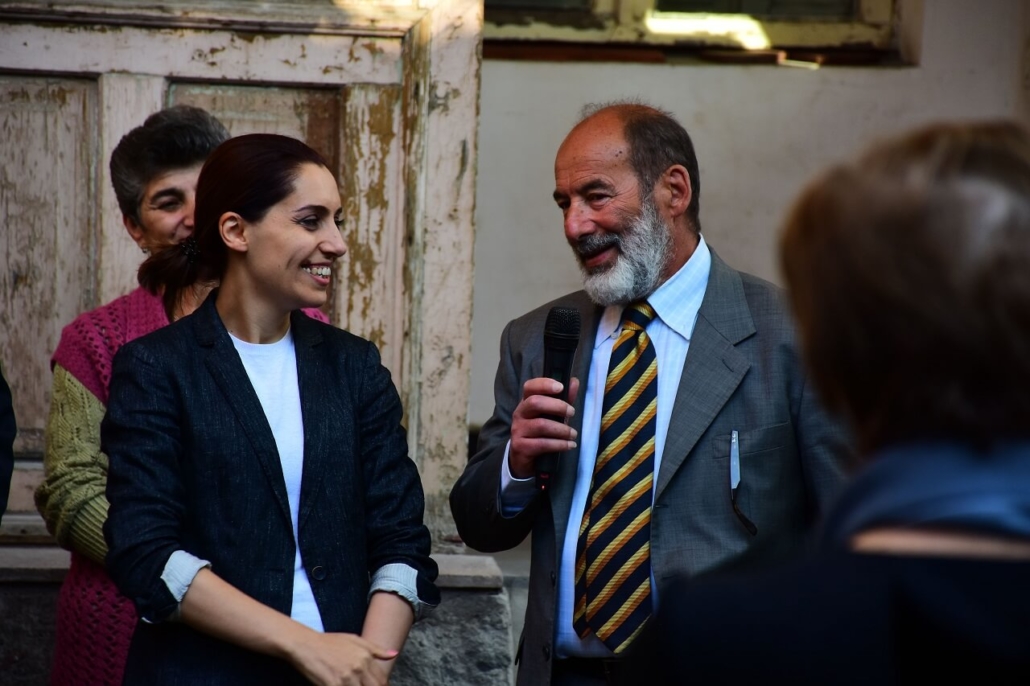 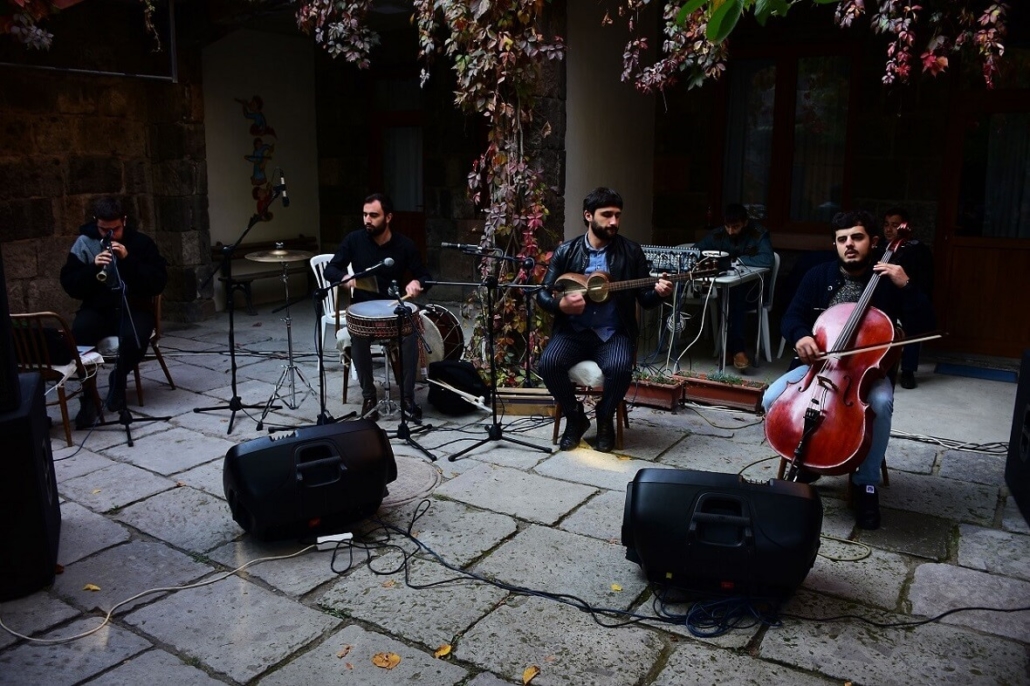 His priorities for the Armenian people are to create ways for each person to live with dignity from their work. Humanitarian helps make people dependent and are only effective in the short term. However, giving work and future prospects can change a people and the future of a country.

Alongside social and economic actions, Antonio Montalto devotes a great deal of energy to safeguarding and rehabilitating Armenia’s tangible and intangible heritage through the renovation of historic buildings that have been abandoned.

The ceramics workshop, created by Antonio Montalto, Honorary consul of Italy in Gyumri and the president of the Family Care Foundation, in partnership with Manoug Pamokdjian, president of the Muscari Association in Lyon, is another example of the desire to preserve an almost forgotten cultural heritage. From the 16th to 18th century, the city of Kütahya, in the Ottoman Empire, was the major centre of the art of ceramics, whose work was almost exclusively produced by Armenian potters. The workshop currently allows about ten families to live with dignity from the art craft industry.

It is with emotion that we quote from Manoug Pamokdjian’s speech at Villa Kars on October 23rd .

A word from Michelangelo always seemed admirable to me: “God gave a sister to remembrance, and he has called her Hope”.

Dear Antonio, it is a great joy for me and our team to honour you today for all your commitment to Armenia and Artsakh.

We are proud and honoured to have been with you for 10 years. In this country with nearly 3,000 years of history, clay has been sublimated by potters. Between the genocide of 1915 and 70 years of the Soviet system, Armenian ceramists lost their know-how. With the creation of Gyumri’s craft workshop, you allowed the revival of this art.

Long live to this project!

Long live to you, and thank you for existing.” (Manoug Pamokdjian). 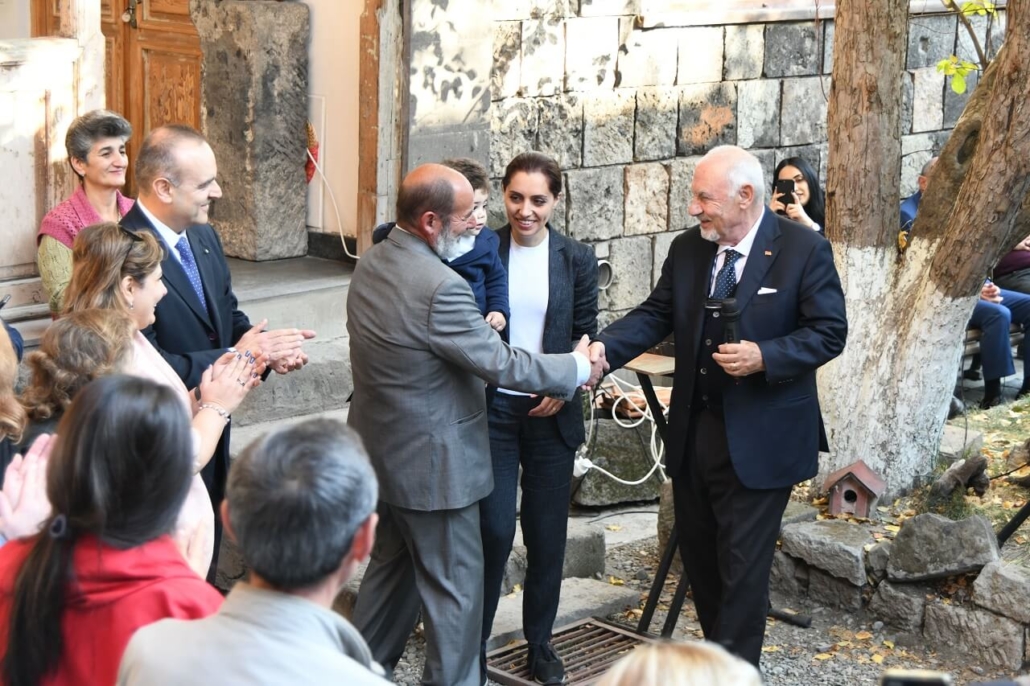 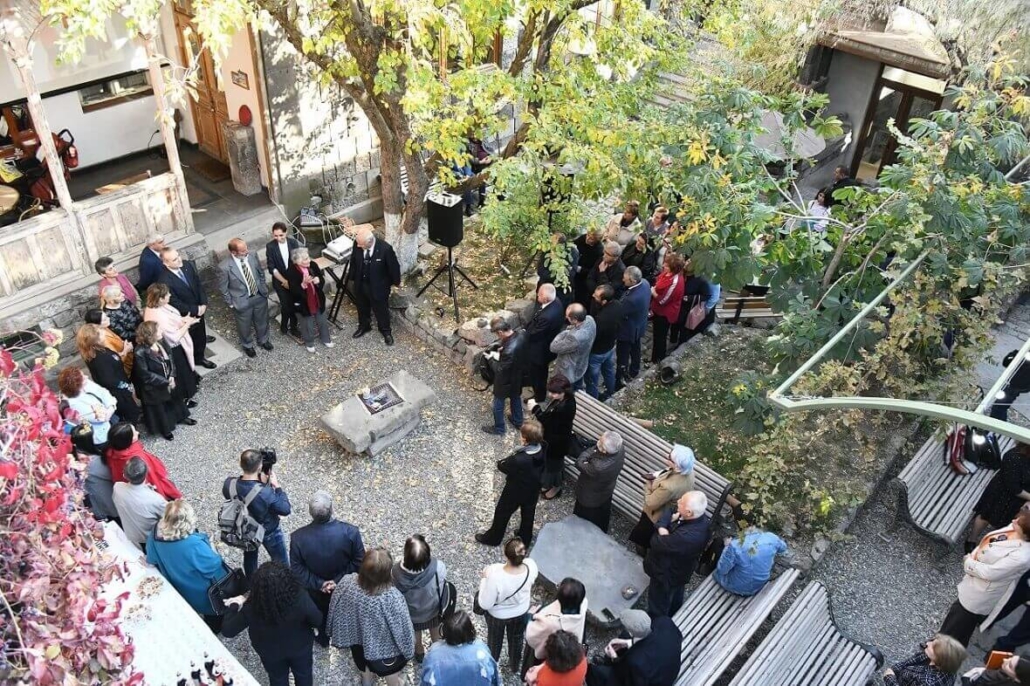